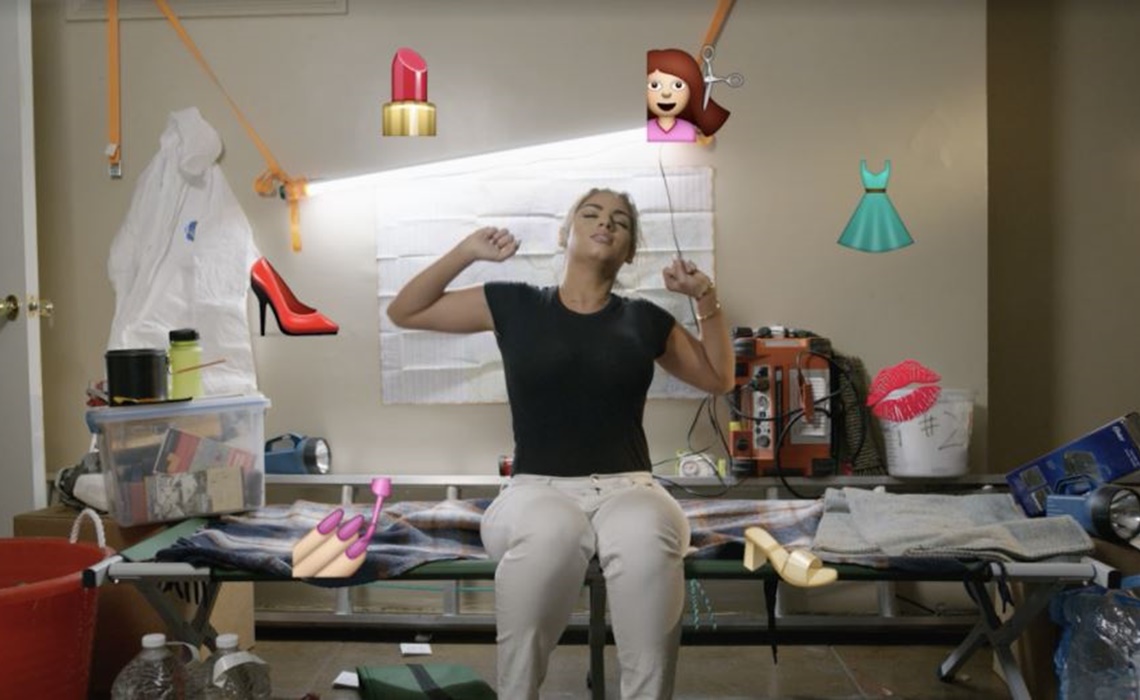 Starring 18-year-old lifestyle vlogger Nazanin Kavari, Sheltered is a send-up of vlogger culture, and chronicles the adventures of a YouTube beauty guru who remains desperately dedicated to posting even in a post-apocalyptic world. Nate Wyatt co-stars as Kavari’s on-again/off-again boyfriend. The first two episodes of the series — which were directed by Asher Levin, written by Jenny Jaffe,  produced by Brat as well as  Digital production power house One Push Creative and Nazanin’s manager, Triana Lavey — are currently available on the company’s YouTube channel.

Check out episode one right here:

The studio’s first series, Misshaps, stars Hancher — who has 16 million fans on Musical.ly — and is described by Teen Vogue as a modern-day take on I Love Lucy. Brat has also created the high school comedy Too Cool For School starring beauty vlogger Siena Mirabella and The Pain Of Painting with Jason Nash — an interview show in which Nash and guests test out their artistic skills.

Rob Fishman used to connect young stars with advertisers. Now he’s making videos with them at his new startup, Brat.