HAYDEN AND DYLAN SUMMERALL STAR IN NEW SERIES ‘KEYS’ TOGETHER 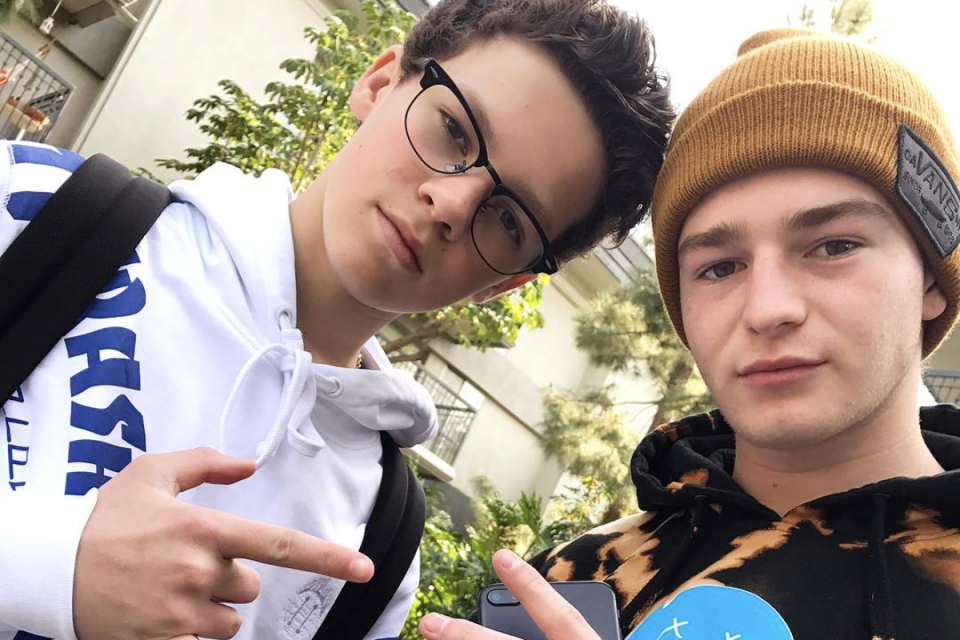 They’re brothers on AND off-screen!

“KEYS” is a brand new digital series from original media company Brat, about a teenager named Adam (played by Dylan Summerall), and his mischievous younger brother, Jay (played by Hayden Summerall). The two in-real-life brothers find themselves in some pretty sticky situations when Adam gets his first set of car keys, and you’re bound to L-O-L with this relatable cast! Check out the first episode and a behind-the-scenes chat with the boys below:

How did you get into acting?
Dylan: “I’ve always wanted to be an actor, and one day an agency found my oldest brother, Jimmy and it helped me get my foot into the door.
Hayden: “I’ve been acting since I can remember. I love the challenge of being someone you’re not on film.”

Are you similar to your character?
Dylan: “I would say I’m pretty similar, especially when it comes to girls. He’s extremely awkward and nervous, but only because he cares so much and tries his hardest to make sure they’re happy and taken care of.”
Hayden: “I’m way different. In real life, I’m pretty chill and low key.”

Does that make it more fun to play, or more challenging?
Dylan: “There were times I stepped out of my comfort zone, which personally I think makes it more fun. I enjoy a good challenge and trying new things.”

What do you think fans will think of the series?
Dylan: “They’ll love it! It’s very relatable with the romance, teen awkwardness and messy situations. It’s also full of good life lessons that you can take away from it.”
Hayden: “I think fans will love it because it’s totally different from me in everyday life. I think that it will have a little bit older fan-base than some of my other stuff, but hopefully some of the fans will also relate the the new show I’ll be filming with Brat next month.”